Home » Criminal Relief » My Crime was Vacated, Now what?

My Crime was Vacated, Now what? 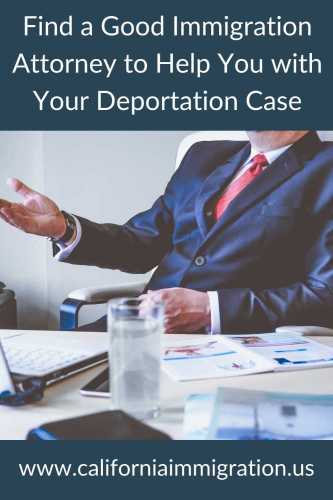 Question: I was deported because of a crime committed many years ago.
However, I successfully had it vacated because I was not given my proper immigration advisals.
I previously filed a Motion to Reopen to get back to the U.S. However, that was denied. Now what can I do?

Answer: A case was just decided in your favor.
The basic facts of that case are as follows.
In 2000, there was a conviction of cultivating marijuana for personal use.
Upon completion of a deferred entry of judgment program, Petitioner was permitted to withdraw his guilty plea, and the charge was dismissed. Meanwhile, Petitioner, the spouse of a U.S. citizen, had filed an application for adjustment of status.
When he appeared for his adjustment interview, Petitioner was detained and charged with removability for
(1) being present in the U.S. without being admitted or paroled and
(2) as an individual convicted of a controlled substance offense. At his removal hearing, Petitioner admitted the first ground, but denied the second ground, arguing that his cultivation conviction was similar to a simple possession conviction and therefore, could not be used to establish removability.
The immigration judge rejected this argument, found Petitioner removable on both grounds and, as a result of his controlled substance conviction, found him ineligible for adjustment of status or cancellation of removal.
While Petitioner’s appeal was pending before the BIA, he moved the California court to vacate his cultivation conviction, arguing that the conviction was constitutionally invalid.
On September 30, 2003, the BIA summarily affirmed the IJ’s decision without opinion and on October 8, 2003, Petitioner was removed to Mexico.
On October 15, 2003, the California court vacated Petitioner’s cultivation conviction and amended the criminal complaint to charge him with simple possession of marijuana.
Petitioner pleaded guilty to simple possession and, on December 17, 2003, the court expunged the conviction.
The BIA denied Petitioner’s subsequent motions to reopen and reconsider for lack of jurisdiction under 8 CFR §1003.2(d).
Section 1003.2(d) provides, “a motion to reopen or a motion to reconsider shall not be made by or on behalf of a person who is the subject of…removal proceedings subsequent to his or her departure from the United States.”
On review, Petitioner argued that despite the language of 8 CFR §1003.2(d), the BIA nonetheless had jurisdiction over his motions because his now vacated cultivation conviction was a “key part” of the government’s case in his removal proceedings.

Question: What did the court in that case conclude?

Answer: the court concluded that because the vacation of the conviction was completed and because the deportation was executed based primarily on that criminal conviction, that the Board of Immigration Appeals was wrong and that the Motion to Reopen the deportation proceedings should have been granted so that the person could get back into the United States.
Similarly with you, a Motion to Reopen should be made to the Board of Immigration Appeals.
You should not be stuck outside the United States at this time as you were deported based upon a crime that now does not exist.