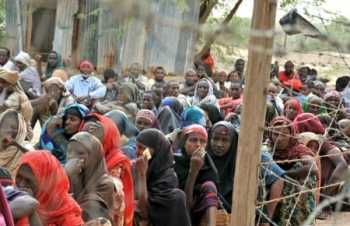 “If you are suffering persecution in your home country and cannot get asylum inside the U.S., you can apply as a refugee to UNHCR.”

What is a refugee

See if eligible for Asylum

Secondly, since the passage of the Refugee Act in 1980, which incorporated this definition of refugee into the INA, The United States has admitted more than 3.1 million refugees.

How to Apply for Asylum

Thirdly, under the Immigration Law, a refugee has experienced past persecution or has a well-founded fear of persecution on account of race, religion, nationality, membership in a particular social group, or political opinion.

When to apply as a refugee or apply for asylum

A refugee is someone who has been forced to flee his or her country because of persecution, war or violence.
Additionally, a refugee has a well-founded fear of persecution for reasons of race, religion, nationality, political opinion or membership in a particular social group.
In sum, personal problems will not qualify, but persecution will.

Refugee status is granted indefinitely and has no expiration date once the refugee has arrived in the United States. However, refugees are required to apply for permanent resident status (a green card) a year after living in the U.S.

Applying for the green card

All refugees are required to apply for a green card to become a permanent resident after one year in the United States.
Moreover, after five years of residency, they become eligible to apply for U.S. citizenship.

Refugees are generally not allowed to travel back to their home country. Refugee protection is granted on the presumption that it is unsafe to return. … However, particular circumstances might require that a refugee return home for a temporary visit.

“Do you have a political opinion or are in a social group against the government of your country? You can try to become a refugee to get admission to the United States.”