Home » crime » Can I be deported for this crime?

Can I be deported for this crime? 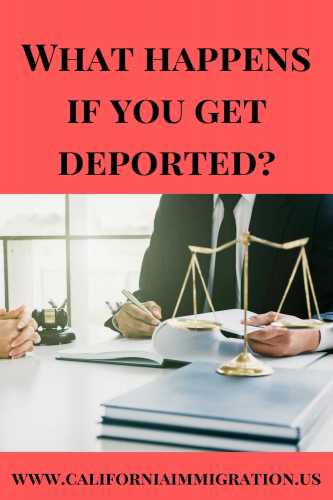 Grounds of deportation for criminal convictions

Question: I have a crime and do not know how it will affect my immigration status.
What exactly are the immigration consequences of criminal activity?

Answer: The INA lists a number of criminal grounds for designating an alien as inadmissible or deportable.
Most crimes included under these grounds are not specifically mentioned,
But instead fall under a broad category of crimes,
Such as crimes involving moral turpitude or aggravated felonies.
In addition,
Certain criminal conduct precludes a finding of good moral character under the INA,
Thereby preventing an alien from becoming either a naturalized U.S. citizen or a candidate for certain types of relief.
The class of crimes involving moral turpitude,
The class of aggravated felonies,
And the class of crimes that preclude a finding of good moral character are overlapping,
But no two classes are coextensive.
The types of crimes constituting crimes of moral turpitude are determined by case law.
Crimes that are aggravated felonies are listed in statute,
With case law illuminating the bounds of certain listed crimes.
Crimes precluding a finding of good moral character are determined by a combination of case law and statutory law.
These criminal classes are further modified for the purposes of specific INA provisions.

Answer: Immigration law has used the term moral turpitude in its criminal grounds for exclusion since 1891.
Whether a crime involves moral turpitude has been determined by judicial and administrative case law rather than a statutory definition.
In general,
If a crime manifests an element of baseness or depravity under current mores if it evidences an evil or predatory intent it involves moral turpitude.
Thus, certain crimes such as murder, Rape, Blackmail,
And fraud have been considered crimes involving moral turpitude,
Whereas crimes such as simple assault have not been considered to involve moral turpitude.
Since 1988, Congress has designated specific offenses as aggravated felonies for immigration purposes,
And it has made removal of aliens convicted of such crimes a priority through streamlined procedures and ineligibility for various types of relief.
Aggravated felonies were initially listed under the INA pursuant to the Anti-Drug Abuse Act of 1988 as part of a broad effort to combat narcotics trafficking.
The only crimes designated in the 1988 Act were murder, drug trafficking, and illegal trafficking in firearms or destructive devices. Subsequent legislation has expanded the definition of aggravated felony a number of times, to include certain categories of crimes and many specific crimes.

Section 101(a)(43) of the INA defines aggravated felony through the listing of a number of criminal categories and specified crimes.
The broadest categories of aggravated felonies under the INA are: any crime of violence (including crimes involving a substantial risk of the use of physical force) for which the term of imprisonment is at least one year; any crime of theft (including the receipt of stolen property) or burglary for which the term of imprisonment is at least one year; and illegal trafficking in drugs, Firearms, Or destructive devices.
Many specific crimes are also listed as aggravated felonies under the INA.
These include: murder; rape and sexual abuse of a minor; illicit trafficking in a controlled substance, Including a federal drug trafficking offense; illicit trafficking in a firearm, Explosive, Or destructive device; federal money laundering or engaging in monetary transactions in property derived from specific unlawful activity.
If the amount of the funds exceeded $10,000; any of various federal firearms or explosives offenses; any of various federal offenses relating to a demand for, or receipt of, ransom; any of various federal offenses relating to child pornography; a federal racketeering offense; a federal gambling offense (including the transmission of wagering information in commerce if the offense is a second or subsequent offense).
Which is punishable by imprisonment of at least a year; a federal offense relating to the prostitution business; a federal offense relating to peonage, slavery, involuntary servitude, or trafficking in persons; any of various offenses relating to espionage, protecting undercover agents, classified information, sabotage, or treason; fraud, deceit, or federal tax evasion, if the offense involves more than $10,000; alien smuggling, other than a first offense involving the alien spouse, child, or parent; illegal entry or reentry of an alien previously deported on account of committing an aggravated felony; an offense relating to falsely making, forging, counterfeiting, mutilating, or altering a passport or immigration document if.

Tags:crimedeportation
previousWhat is a Background Check?
nextWhat do I have to be Thankful for?