Home » age-out » Will my son be sent home

Will my son be sent home 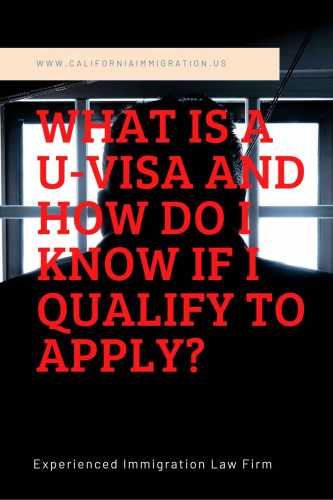 Will my son be sent back home?
Question: I am a lawful permanent resident and have petitioned my wife and son many years ago. Just recently I found out about the V Visa which allowed my wife and son to come to the United States and reside with me while we are waiting for the visa number to become current. However, my son is going to be 21 years old in two months. I have been told by USCIS that he will have to return home and he can no longer reside here on the V Visa. I have missed him so much that I cannot bear to be separated for years to come. Is there anything I can do?
Answer: Actually, there was just a case that came out in the Ninth Circuit Court of Appeal. Therefore, if you live in the jurisdiction of the Ninth Circuit (basically the Western United States), then you are in luck.
In this case, the court held that Immigration regulations terminating V nonimmigrant status the day before the visa holder’s 21st birthday, was contrary to Congress’ intent to reunite families when it enacted the Legal Immigration Family Equity Act (“LIFE Act”).
As background: the LIFE Act added a new nonimmigrant visa category, INA § 101(a)(15)(V). Spouses and children of lawful permanent residents who have been waiting for permanent resident status for at least three years are eligible for V visas. These V visa holders are entitled to certain benefits, including employment authorization. The INS regulations implementing INA § 101(a)(15)(V) provide that V visa status “will be granted a period of admission not to exceed 2 years or the day before the alien’s 21st birthday, whichever comes first.” Upon termination of V nonimmigrant status, the individual is no longer eligible for employment authorization.
In this Ninth Circuit case, the government argued that, the court should allow the USCIS regulations to stand. The court ultimately disagreed, stating “[w]e do not owe deference…to agency regulations if they construe a statute in a way that is contrary to congressional intent or that frustrates congressional policy.”

The court concluded that Congress did not directly speak to the issue of whether a person could lose V status by turning 21. The court found that the LIFE Act made clear that a person over the age of 21 was not eligible to receive a V visa but that the statute was silent regarding whether a person over the age of 21 who has been issued a V issue is able to continue to hold that visa. Thus, the court concluded that Congress’ intent was ambiguous.
The court noted that the LIFE Act provided three ways that V visa status may terminate and that aging-out was not one of those ways. Thus, applying the presumption that “when a statute designates certain . . . manners of operation, all omissions should be understood as exclusions,” the court concluded that “[s]ince Congress explicitly enumerated circumstances by which V Visa benefits are terminated, the presumption is that Congress purposely excluded all other possible means, such as aging-out.” The court further found that its conclusion was supported by: (1) statements in the congressional record regarding another LIFE Act provision (adjustment of status under INA § 245(i)); (2) “the general rule of construction that when the legislature enacts an ameliorative rule designed to forestall harsh results, the rule will be interpreted and applied in an ameliorative fashion;” (3) and the rule of lenity (in immigration cases, “doubts are to be resolved in favor of the alien.”).
Thus, the court invalidated the age-out provisions of the V Visa. Thus, your son can legally stay with you under the V Visa even though he will be older than 21 years of age. This is a significant victory for immigrants as it shows the power of the family unit and how Immigration cannot simply make arbitrary regulations.

Tags:age-outV visa
previousCSS & LULAC are back
nextPast Persecution: You can still get asylum
Go to mobile version