Home » detention » Will I be Locked Up Forever

Will I be Locked Up Forever 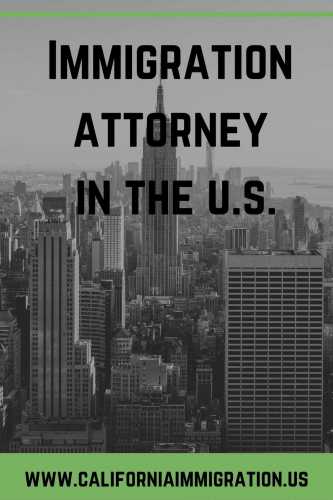 Consequences of overstaying on a temporary US visa

Will I be locked up forever?

Question: I am writing from the immigration detention facility. I have had my Green Card for many years, but committed a crime many years ago.
After trying to become a U.S. Citizen, they not only denied my application, but put me in detention and deportation.
I have heard that there is no way I can be bonded out during the proceedings. Is this true?

Answer: Partially. The United States Supreme Court recently decided a case known as the Kim case.
The Court held that the government may detain classes of lawful permanent residents without conducting individualized bond hearings to determine whether they pose a flight risk or danger to the community.
The INA lists broad categories of noncitizens that are subject to mandatory detention based on their removability under specific criminal provisions.
After the Court announced its decision, the Bureau of Immigration and Customs Enforcement (BICE) issued a memorandum saying that all persons subject to Kim would receive letters within six months asking them to report for an interview.
BICE said it would re-detain individuals who had previously been released after a bond hearing, but who now fall within the mandatory detention provisions.

Question: Is there anyway around the Kim case?

Answer: There may be. The first step in analyzing any mandatory detention case is to determine whether the Kim case even applies.
Only individuals who were released from criminal custody after October 8, 1998 are subject to mandatory detention.
Thus, if you were released from custody before that time, you are not subject to the mandatory detention.
Also, it can be argued that only individuals who are taken into custody immediately upon their release from criminal incarceration fall within the confines of this case.
Assuming this cannot be argued, a “Joseph hearing” needs to be conducted.
A Green Card holder is not “properly included” within a mandatory detention category if the “Service is substantially unlikely to establish at the merits hearing, or on appeal, the charges that would otherwise subject the alien to mandatory detention.”
Individuals who prevail at the Joseph hearing are entitled to have a bond hearing.
For example, if the person is charged with removability based on convictions for two crimes involving moral turpitude, consider whether there are possible challenges to
(1) the existence of the convictions, and
(2) the classification of the crimes as crimes involving moral turpitude. In Matter of Joseph, the BIA concluded that it was substantially unlikely that INS would succeed because Joseph’s conviction was not correctly classified as an aggravated felony.
Although Matter of Joseph addressed only the situation where the conviction was wrongly classified as a crime that would trigger mandatory detention, in thinking about whether there is a conviction, take account of the availability of post-conviction relief.

Question: Assuming I cannot prevail at the Joseph Hearing, is there anything else I can do?

Answer: You can bring actions in the U.S. Federal District Courts challenging the mandatory detention.
Such factors to bring the attention of the Judge will be the length of the detention and removal from the United States is unlikely.
Also, the Supreme Court’s decision was premised on the finding that Kim conceded removability.
Individuals intending to challenge removability should state clearly this intention at both the immigration court and in any habeas corpus actions.
Cases where the person is challenging deportability may be distinguished from Kim on that basis.
At this point, it will be difficult, but we must continue to argue and fight for the rights of people who are subject to mandatory detention.

Tags:detention
previousIs my Appeal Useless?
nextVictory for due Process of Aliens