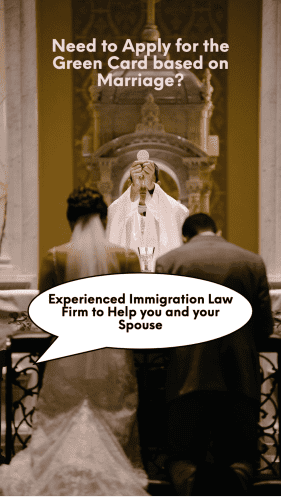 Question: My husband died years ago (right in the middle of our petition.)
After 2 years, I found out that I could have filed the Widow Petition,
But did not.
Is there anything I can do at this time?
I heard there was something just passed that might help me.

Answer: Yes, on October 20, 2009, the Senate voted to pass the Department of Homeland Security Appropriations Bill Conference Report that contained a provision to end the widow penalty.
The House previously voted to pass the bill.
The bill became Public Law Number 111-83 upon President Obama’s signature on October 28, 2009.

Question: What is in the bill?

Answer: The bill contains two measures to address survivors’ issues: 1) self-petitioning rights for all widow(er)s of American citizens and their children; and 2) certain survivors’ rights for other immigrants.
The law removes the two-year marriage requirement from the current law (Immigration and Nationality Act Section 201(b)(2)(A)(i)) that permits widows and widowers (“widow(er)s”) of U.S. citizens to file a self-petition for themselves and their children, while retaining the requirement to show a good faith marriage.
The law does not alter the rights of widow(er)s who were married two years or more, who have been able to self-petition since 1990.
It will allow a widow(er) who was married less than two years at the time of the citizen spouse’s death to file an I-360 self-petition form within two years of the law’s passage.
This self-petition can be filed concurrently (together) with an Application for Adjustment of Status to Lawful Permanent Resident (Form I-485) if the widow(er) is in the United States pursuant to a lawful entry.
If the widow(er) is outside the United States, he or she can apply for an immigrant visa following the I-360 approval.
The law does not require that a petition have ever been filed by the U.S. citizen spouse.
In cases where the widow(er) was already the beneficiary of an I-130 Petition for Alien Relative filed prior to the citizen petitioner’s death, it is anticipated that such I-130 petitions can be considered automatically converted to an I-360 self-petition.
Current regulations already allow such auto-conversion for self-petitions.
It is anticipated that USCIS will apply those regulations to the new law, and allow for a previously denied I-130 petition (and accompanying I-485 application) to be reopened and approved as an I-360 petition.
Until such time as guidance is issued, however, be aware that there is a two-year window during which widow(er)s must file an I-360 following the law’s passage.
If you are relying on the automatic conversion of a previously-filed I-130 petition, be aware that an I-360 should be filed within the two years following the law’s passage if guidance is not established by that time.

Question: Does the law require me to obtain an Affidavit of Support Sponsor?

Answer: No. The law allows the widow(er) to self-petition, which removes the requirement that another person file an affidavit of support on behalf of the immigrant.
Form I-864, Affidavit of Support, will not be required of self-petitioners. Widow(er)s must still prove they are not likely to become a public charge, based on a totality of factors.

Question: Does the law allow my children to be included?

Answer: Yes. Unmarried children of the widow(er) may be included on Form I-360 that is filed by the widow(er).
Those children who are under the age of 21 years at the time the petition is filed should be eligible.
The Child Citizenship Protection Act (CSPA) may apply.
The CSPA allows children to qualify, even when over age 21, where the petition was filed before the child’s 21st birthday.
CSPA calculations can be difficult, so competent counsel should be consulted.
If an I-130 was previously filed by the U.S. citizen on behalf of the child before the child’s 21st birthday, such petition may be considered automatically converted, and may be used to establish the child’s age for self petitioning purposes.
This will be particularly helpful in cases where children have already reached age 21 at the time of the law’s passage.
In cases where the child is still under 21 at the time of the law’s passage, however, it is urged that widow(er)s file the I-360 self-petition for themselves and their children in case of controversy over this auto-conversion and CSPA interpretation.

Question: Can I receive benefits if I have remarried?

Answer: While the self-petition provision in the new law specifically requires that the widow(er) not have remarried, the provision dealing with “Surviving Relative Consideration” does not.
That section requires a petition to have been filed previously, so if no previous petition was ever filed before the death, remarriage prior to receiving permanent resident status may foreclose benefits.
If a petition was filed on your behalf by your spouse, but you have now remarried, there are still possibilities.

Question: Are there deadlines?

Tags:I-360Widow Penalty
previousWhite House Announcement on final rule to end HIV travel Ban
nextFile the I-130 form and the ACT212 waiver from Japan?