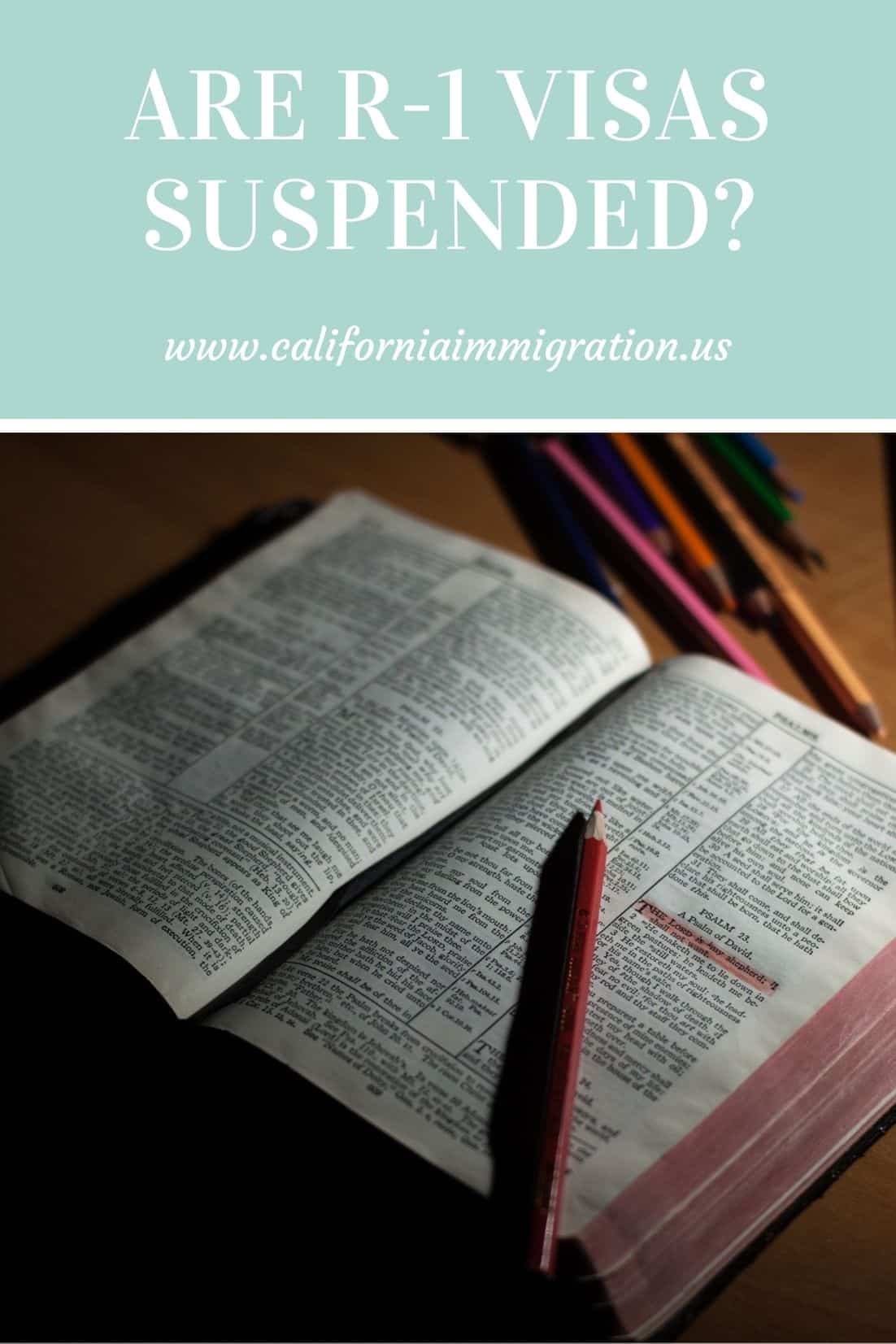 This is the temporary religious visa. If you want to come to the United States to perform duties in a religious organization, this would be the visa that would be of most interest to you.

This visa does not need prior Immigration and Naturalization approval, and therefore, is a very quick visa to obtain. Later, you may be able to apply for the permanent residence religious visa to obtain the Green Card. This visa can be issued for up to three years.

A Minister is defined as: (1) fully authorized and trained under denomination to conduct religious worship and other duties usually performed by members of the clergy; (2) is not a lay preacher; (3) performs activities with a rational relationship to the religious calling of minister; and (4) works solely as a minister in the U.S., which may include administrative duties incident to position.

A Religious Worker is defined as an individual engaged in, and according to the denomination’s standards, qualified for a religious occupation or vocation, whether or not in a professional capacity, or as a minister.

What type of religion would qualify for the R-1 Religious Visa?

Can I get an R-1 Visa for a religion different than what I practice?

No. The denomination must be the same.

Not necessarily. It could be volunteering, but there should be some type of remuneration such as room and board, etc.

A Religious Occupation consists of duties primarily relate to a traditional religious function and recognized as a religious occupation within the denomination. The duties must primarily relate to and clearly involve inculcating or carrying out the religious creed and beliefs. Duties do not include primarily administrative or support such as “janitors, maintenance workers, clerical employees, fund raisers, persons solely involved in the solicitation of donations, or similar position,” but limited administrative duties incidental to religious functions are permissible