Home » Adjustment of Status » I did not use a Marriage Broker

I did not use a Marriage Broker 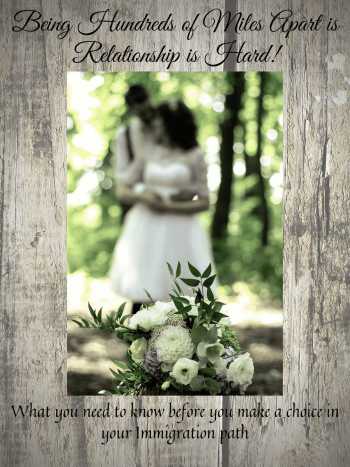 Rights and protections for foreign-citizen fiancé(e)s

Question: I filed a Fiancée Petition, but received this very long Request for Evidence requiring all kinds of answers regarding a Marriage Broker and other items about my criminal history? .
What do I do?

Answer: The law recently promulgated laws regarding Marriage Brokers. On January 5, 2006, the President signed the Violence Against Women and Department of Justice Reauthorization Act of 2005.
IMBRA provides that a petitioner for a K nonimmigrant visa for an alien fiancé (e) (K-1) or alien spouse (K-3) must submit with his or her Form I-129F information on any criminal convictions of the petitioner for any of the following “specified crimes”:
Domestic violence, Sexual assault, Child abuse and neglect, Dating Violence, Elder abuse, And stalking.
Homicide, Murder, Manslaughter, Rape, Abusive sexual contact, Sexual exploitation, Incest, Torture, Trafficking, Peonage, Holding hostage, Involuntary servitude, Slave trade, Kidnapping, Abduction, Unlawful criminal restraint, False imprisonment, Or an attempt to commit any of these crimes.
Finally, Crimes relating to a controlled substance or alcohol where the petitioner has been convicted on at least three occasions and where such crimes did not arise from a single act.
If the petitioner indicates that he or she has been convicted by a court for one of the specified crimes,
The petitioner will be required to submit certified copies of all court and police records showing the charges and dispositions for every such conviction.
This is required even if the petitioner’s records were sealed or otherwise cleared.

Question: Are there other limitations?

Answer: Yes. IMBRA imposes limitations on the number of petitions a petitioner for a K nonimmigrant visa for an alien fiancé (e) (K-1) may file or have approved without seeking a waiver of the application of those limitations.
If the petitioner has filed two or more K-1 visa petitions at any time in the past, or previously had a K-1 visa petition approved within two years prior to the filing of the current petition, the petitioner must request a waiver.
These limitations do not apply to petitioners for a K nonimmigrant visa for an alien spouse (K-3).
The adjudicator may, in his or her discretion, waive the applicable time and/or numerical limitations if justification exists for such a waiver, Except where the petitioner has a history of violent criminal offenses against a person or persons.
The petitioner may request a waiver by attaching a signed and dated letter, Requesting the waiver and explaining why a waiver would be appropriate in his or her circumstances, Together with any evidence in support of the waiver request.
Factors the adjudicator should consider include, but are not limited to: Whether unusual circumstances exist (e.g. death or incapacity of prior beneficiary); Whether the petitioner appears to have a history of domestic violence; Whether it appears the petitioner has a pattern of filing multiple petitions for different beneficiaries at the same time, of filing and withdrawing petitions, Or obtaining approvals of petitions every few years.
The provisions of IMBRA became effective sixty days after the date of enactment, Or March 6, 2006.
While USCIS was amending Form I-129F to reflect the new data collection requirements mandated by IMBRA and preparing to issue implementing field guidance,
Field offices were instructed to hold in abeyance all cases filed on or after that date.
The succeeding paragraphs provide guidance on processing the held cases and new filings of Form I-129F.

Question: Why did I receive a Request for Evidence?

Answer: Any K-1 Fiancée Petition filed after March 6, 2006 that does not include the answers and information required under IMBRA will be issued a Request for Evidence to get such information.