Home » Green Card » How to get to the U.S. with an expiring green card

How to get to the U.S. with an expiring green card 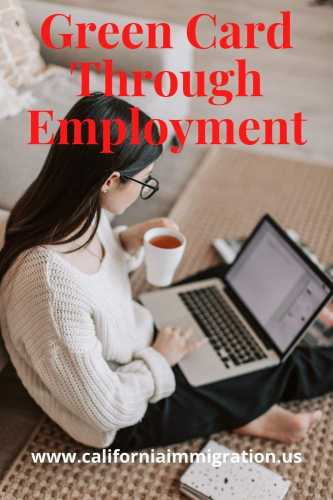 Green card eligibility categories and permanent residence in the U.S.

How can I leave the U.S. with an expiring Green Card?

Question: I have heard that most things are taking longer at the United States Citizenship and Immigration Services.
My problem is that I must renew my Green Card as it is expiring. However, My father is gravely ill and I want to visit him before he dies.
What can I do?

Answer: First, If you leave the U.S. without having a valid Green Card, you will not be able to return to the U.S. And you will have very significant problems.
You are correct that in that many applications at USCIS are taking longer. Just recently, U.S. Citizenship and Immigration Services (USCIS) announced the launch of the I-90 pilot project in Los Angeles that will reduce the wait time to replace or renew a permanent resident card or green card from a year to less than a week.
The pilot project takes advantage of electronic filing of applications on the USCIS website offering persons such as yourself a convenient and simple-to-use alternative to mailing in applications for benefits.
“This pilot allows us to dramatically reduce the time it takes to process an application for renewal or replacement of a green card,” said Jane Arellano, Los Angeles District Director.
“All it takes, once the applicant has filed electronically, is a visit to one of our Application Support Centers.
Applicants get a new green card in less than a week, in most cases.” Customers wanting to take advantage of the new I-90 pilot can go to www.uscis.gov and file by using the E-Filing feature.
The receipt that’s produced by that transaction shows a toll-free number that applicants can call to make an appointment at the USCIS Application Support Center (ASC) that is closest to them.
During the visit,
The ASC will order a permanent resident card for customers to receive in under a week.
The current wait time for green cards to be produced by the USCIS California Service Center is just under one year.
Customers who wish to speed up the process of an already-filed I-90 application can elect to re-file electronically, and participate in this new pilot program.
Second-time filers will pay a second fee.
“We are offering our customers a quicker and more convenient way of doing business,” said Jane Arellano, Los Angeles District Director.
“This new pilot will allow us to offer the kind of service that our customers need and deserve.”
The I-90 pilot project in Los Angeles is one of several USCIS Internet-based customer service initiatives.
In March, USCIS also launched InfoPass in Los Angeles.
This customer friendly initiative allows customers to go online instead of waiting in long lines at the Los Angeles District Office to make an appointment with an information officer.
Before InfoPass, Customers would start lining up at the USCIS office in Los Angeles early in the morning; Some customers would wait all day.
InfoPass means the end of long lines and has the potential to eliminate lines completely.
InfoPass began in Miami and was also recently implemented in Dallas.
USCIS plans to expand InfoPass in Arlington, VA, New York City, and Detroit.
Thus, In the computer age, CIS is finally taking advantage of the technology.
Therefore, If there are no other issues in your case and you happen to live in the Los Angeles area, you can use this service.
If it works, It is likely to spread over the entire U.S. as time passes.
The same is true of InfoPass.