Deportation Lawyer can get you back to the United States 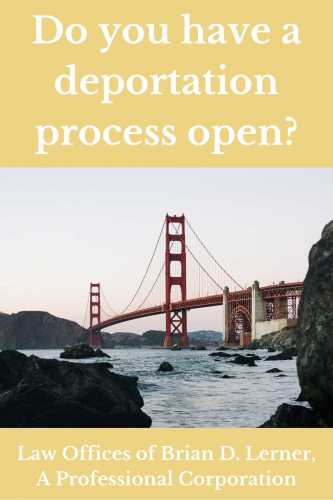 Re-entry to the U.S. after removal (Deportation)

The deportation lawyer goes on to explain that unlike a Waiver of Inadmissibility, the Permission to Reenter does not need to show a ‘qualifying relative’ to be able to get the approval.
In essence, Brian D. Lerner, deportation lawyer, states that the Permission to Re Enter is like a scale.
You have the good stuff on one side and the bad stuff on the other side. Brian Lerner, deportation lawyer, will try to minimize the bad stuff and maximize the good stuff.
This actually takes years of experience to be able to successfully do this to the point where it is convincing, persuasive and able to get approved.

Watch a video with Brian D. Lerner explaining how to do a Permission to Reenter

Tags:deportation lawyer
previousDeportation Attorney can Prepare the Necessary Defenses to help you
nextGot bond? Get a Los Angeles deportation attorney