Deportation attorney can prepare the necessary defenses to help you 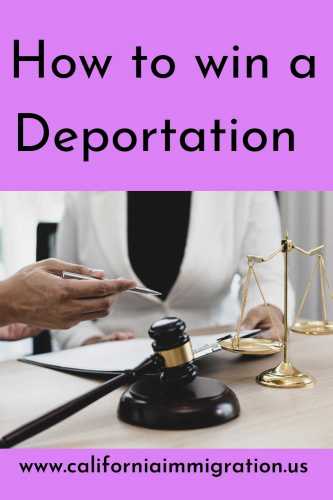 Now, assuming that the Immigration Judge has determined that you are removable, there is one form of relief you might qualify for which is known as cancellation of removal for non-permanent residents. This is not for people who have had their green cards. Rather, it if for people who are inside the U.S. illegally. The Law Offices of Brian D. Lerner, explains that there are several requirements to at least initially qualify for the Cancellation of Removal for non-permanent residents. First, the deportation attorney states that you must have 10 years of physical presence inside the U.S. This sometimes means, explains the deportation attorney, that if you have been served with the Notice to Appear 9 years and some months after entry to the U.S., or if the allegations on the Notice to Appear are unclear or inaccurate as to when you entered the U.S., you might have to have a contested hearing on the allegation of when you entered the U.S., or might need to request to be ‘repapered’ with the Notice to Appear so that you meet the 10 year requirement. Brian D. Lerner, deportation attorney, goes on to explain that the next item to show is that you have good moral character. There, are different ways of showing this explains the deportation attorney, but primarily you need to have a clean criminal record. Irregardless, it is still possible to apply for this form of relief if you have a criminal record if the proper arguments are made. Additionally, the deportation attorney explains, you might be able to either get under the petty offense exception, or do criminal relief to try to erase the conviction from your record or reduce it so that you are not considered to be an aggravated felon.

Watch a video of Brian D. Lerner explaining how to win a Cancellation of Removal Case

Tags:deportation attorney
previousHow a Deportation Attorney Los Angeles can win and fight a Cancellation of Removal Case.
nextDeportation Lawyer can get you back to the United States
Go to mobile version