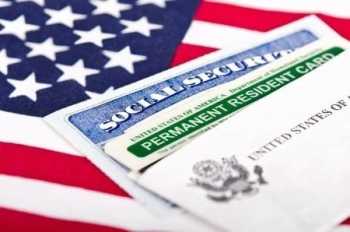 Have $1,000,000 for a Green Card?
Question: I am a wealthy businessman and would like to find some expedited way to get into the U.S. Can you let me know if there are other alternatives to the lengthy several year Labor Certification process?
Answer: The Immigrant Investor Pilot Program (“Pilot Program”) was created on October 6, 1992. This is a variation of a program known as the EB-5 Investor Program. The Pilot Program began in accordance with a Congressional mandate aimed at stimulating economic activity and creating jobs for U.S. workers, while simultaneously affording eligible aliens the opportunity to become lawful permanent residents. Through this innovative program, foreign investors are encouraged to invest funds in an economic unit known as a “Regional Center.” A Regional Center is defined as any economic unit, public or private, engaged in the promotion of economic growth, improved regional productivity, job creation and increased domestic capital investment. Presently up to 3000 immigrant visas are set aside each year for the Pilot Program. As of June 1, 2004, a total of 26 Regional Centers have been designated by the legacy Immigration and Naturalization Service (INS) and today, the U.S. Citizenship and Immigrations Services (USCIS).
Question: What must I do to get an approval for a Regional Center?
Answer: The basic requirements for Regional Center designation are 1) Applicants must show how their proposed program will focus on a geographic region; promote economic growth through increased export sales, if applicable; promote improved regional productivity; create a minimum of 10 direct or indirect jobs per investor; increase domestic capital investment; be promoted and publicized to prospective investors; have a positive impact on the regional or national economy through increased household earnings; and generate a greater demand for business services, utilities maintenance and repair, and construction jobs both in and around the center.
Question: How much must I invest?
Answer: The capital investment requirement for any EB-5 investor, inside or outside of a Regional Center is $1 million. The capital investment requirement for an EB-5 investor in a Targeted Employment Area (TEA) or a Rural Area (RA) is $500,000. A TEA is a geographic area or political subdivision located within a metropolitan statistical area or within a city or town with a population in excess of 20,000 with an unemployment level at least 150% of the national unemployment rate. A RA is a geographical area that is outside a metropolitan statistical area, or part of the outer boundary of any city or town having a population of 20,000 or less as shown by population indicators. In certain areas involving a sparsely populated state, an approved statewide Regional Center likely encompasses both TEAs and RAs.
Thus, if you can establish the business in a TEA or RA, you will be able to save $500,000 of the investment. If approved, you will get a conditional Green Card which will allow you be a Lawful Permanent Resident. Then within two years you must file a petition to remove the conditional residency. The USCIS wants to make certain that you simply did not put down $1,000,000 and then not actually follow through with your business. However, this is certainly a much faster way of obtaining the Green Card if you qualify.

Tags:EB-5Investor Visa
previousRemoval Proceedings
nextHow to get to the U.S. with an expiring Green Card
Go to mobile version