H-1B Requirements and Procedures in the U.S. 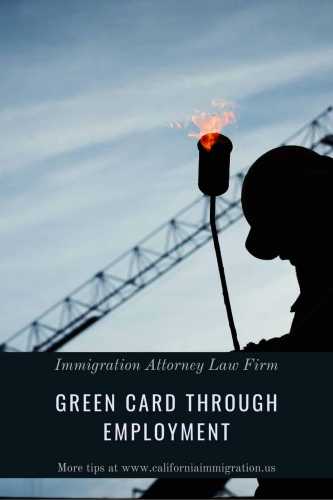 Requirements and procedures of getting the H-1B visa

Question: I came here on a visitor visa 3 months ago and now I would like to apply for the H-1B.
What must I do?

Answer: Unfortunately, You are too late for this years allotment.
As of October 1, 2004,
All H-1B’s have been allotted for the next fiscal year until October 1, 2005.
Thus, as unfair as it seems,
The day the new year’s allotment was opened,
It was shut off and closed.
The H-1B Cap prohibits U.S. Employers from hiring global talent On October 1, 2004.
USCIS officials announced that the H-1B cap on visas for highly educated foreign professionals had been reached.
Unless Congress takes action before the end of the 108th session, Employers will be barred from hiring new H-1B foreign professionals for an entire year.
Essential action would include exempting from the H-1B numerical cap graduates from U.S. universities who have earned a Master’s degree or higher.
Such a rational solution to this crisis would help ensure a workable H-1B program that would give U.S. employers access to the talent they need and help retain jobs in America.
A select number of H-1B professionals are graduates from U.S. top universities’ Master’s and PhD programs.
In the graduate-level math and sciences programs, foreign nationals represent roughly half of all graduates.
Prohibiting access to these world-class minds raises troubling issues.
Not only would U.S.
Employers miss out on American-educated talent, But we would be handing this talent to our competitors abroad.
Indeed,
Foreign countries are updating their immigration policies to attract this highly educated talent, Making the competition to retain the best and the brightest that much more difficult for the United States to win.
The exhaustion of this fiscal year’s visa numbers also has made it more difficult for Americans to receive needed services.
For instance, It is not commonly known that H-1B professionals serve as Doctors, Teachers and Researchers,
And work to develop products and services that improve the lives of Americans.
H-1B professionals include psychologists and special education instructors who work with the mentally challenged, Engineers who design tunnels and subway corridors that can withstand terrorist attacks, and biomedical researchers central to the fight against cancer, AIDS and other diseases.
Without access to these highly educated foreign professionals, America will suffer.
Not only will our ability to provide benefits to our own citizens be diminished,
But the glow of American innovation that results from having access from the world’s brightest minds may be forever dimmed.

Question: Are there any other options?

Answer: There are other types of nonimmigrant visas such as the O, E, L, and other H’s.
You should definitely look into those other options and not go out of status.