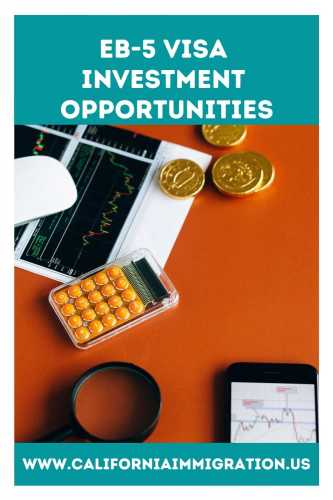 An EB-5 attorney is able to help you with your EB-5 Investment Visa in order to obtain the Green Card through a direct investment. EB-5 Investment Visa.
Brian D. Lerner explains that a direct investment is where you purchase either a company in existence or one that you will make from scratch.
However, either way, the EB-5 attorney will explain that it is where you take primary responsibility for running the company.
You will not be able to sit on the sidelines while the business simply rakes in the money.
The EB-5 attorney must explain to you that a direct investment also means direct involvement with the company.
Brian Lerner states this does not mean a silent partner, or a limited liability partner whereby only policy decisions can be made.

The EB-5 attorney will make clear that this is when you actually invest in your own business in the United States.
You could purchase a business already in operation, or you could invest in a brand new company.
Either way, explains Brian D. Lerner, the normal investment will be US$1,000,000, unless you can show you are in a targeted area.
This will either be a very low income area or an area that has very few residents and is considered rural.
However, the EB-5 attorney can let you know that in fact, it is possible to have a very very small targeted area that might be surrounded by areas that are within the $1,000,000 area.
This means if you can get the proper documentation as explained by the EB-5 attorney that you will be able perhaps have a ‘targeted area’ that is in a park, or a block, or a small shopping center or even a single parcel of land that will qualify for the reduced $500,000.
The EB-5 attorney can properly put these options in front of you in order to get the best possible scenario for investing in a $500,000 EB-5, rather than the $1,000,000 EB-5.

Brian D. Lerner explains that with this type of direct investment, you will have to show that 10 employees will be hired to carry out the operations of the business.
The EB-5 attorney should let you know that many of my EB-5 clients prefer this route because they want to run their own businesses and they want to expand operations into the U.S.
This would be the best option for those types of investors declares the EB-5 Attorney.
Of course, what happens if the EB-5 is granted. The EB-5 attorney explains that the EB-5 program will not issue a permanent Green Card if it is approved.
It will issue a temporary or ‘conditional’ green card.
Whether you choose the Regional Center option or the Direct Investment option explains Brian D. Lerner, you will have to file a Petition to Remove the Conditional Residency prior to the expiration of the 2 years after receiving the conditional Green Card.
Thus, the EB-5 attorney should make clear to you that upon approval of the initial EB-5 petition, you must continue to leave your investment in the company, work at the company and hire the appropriate personnel for the company.

Additionally, the EB-5 attorney will explain that your spouse and unmarried children under 21 years old can come as beneficiaries of the EB-5 Investment Visa Petition.
In fact, espouses Brian D. Lerner, many of the EB-5 clientele do this really as a relatively quick way to get their children into the United States so that they can get educated here inside the U.S.
This means that as long as it is approved for you, your spouse and children can come into the U.S. as well confirms Brian D. Lerner, the EB-5 attorney.

If approved, a Conditional Green Card will be given for 2 years. The Law Offices of Brian D. Lerner explains that you will later be able to apply for the permanent Green Card by filing a petition to remove the conditional residency.
Thus, the EB-5 attorney should not disappear right after the EB-5 would be granted as there is lots of work that must be done in order to properly get the condition removed.
Brian D. Lerner, EB-5 attorney states that there are numerous procedures you could do to eventually make the I-829 Petition to Remove the Conditional Residency easier.
Things such as completing DE-6’s, quarterly wage reports, I-9 compliance, hiring the proper people, maintaining the investment, among numerous other tasks.
Keep in mind that USCIS does not care if you get the EB-5 or not.
Rather, the EB-5 attorney has the job of properly convincing the immigration officials that you qualify and that it should be granted.
The EB-5 attorney will explain that once the condition is removed off the Green Card, you will be able to just close up the business if you want.
However, most of the time, declares Brian Lerner, since you already put in the $1,000,000 and lots and lots of hard work, it is usually not common for the client to do this.
In effect, the EB-5 attorney puts forward a win/win situation.
The U.S. government gets investment proceeds and multiple people employed, while the foreign national gets the Green Card for himself and his family and gets a business of his dreams.
Thus, if you do this right states Brian D. Lerner, EB-5 attorney, it would work out for all involved.
Just be sure you hire an experienced EB-5 attorney.

previousHave no Other Options? Get Best Deportation Attorneys Los Angeles to File a Private Bill
nextU visa Attorney Might be Able to get you the U Visa