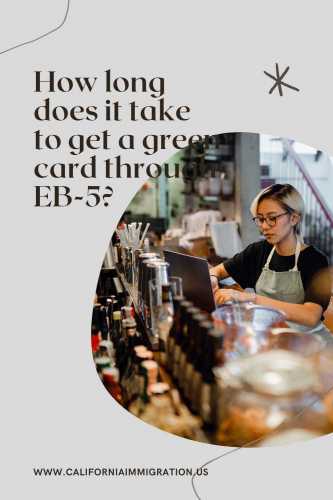 On July 22, 2009, the U.S. Senate’s Committee on the Judiciary held a hearing on “Promoting Job Creation and Foreign Investment in the United States: An Assessment of the EB-5 Regional Center Program.” There was discussion that the EB-5 Regional Center Program has been responsible for the investment of hundreds of millions of dollars and the creation of tens of thousands of jobs in the U.S. Throughout the hearing senators and witnesses alike cited the temporary nature of this program as one of its greatest hindrances and Sen. Leahy noted that making the program permanent is critical to its continued success and pointed out that he had successfully offered an amendment to the Department of Homeland Security (DHS) Appropriation bill, which he hopes to see make it into the final bill. There are now 60 approved Regional Centers in 24 states, that about 75% of all EB-5s are filed through these Centers, and that one billion dollars has been invested in the U.S. through this program resulting in the creation of 20,000 jobs.

In order to increase interest in the existing immigrant investor category, Congress created an immigrant investor pilot program. The law relaxes the job creation requirement of the fifth-preference category by allowing aliens investing in new commercial enterprises located within regional centers to establish “reasonable methodologies” for determining the number of jobs created, including those jobs estimated to have been created indirectly through revenues generated from increased exports resulting from the pilot program. In addition, while the revenues generated by the qualifying commercial enterprise must result in exports, the commercial enterprise need not be engaged directly in generating exports of goods or services. As a result, immigrants participating in the pilot program may credit jobs they create indirectly through contracts or subcontracts with commercial enterprises involved in direct export. This means they do not have to directly create 10 jobs. To establish the requisite connection to exports, however, it must be shown that there is a reasonable nexus between the commercial enterprise and the production of exports.
As originally enacted, 300 visas of the overall total number for the EB-5 category was to be set aside annually for the pilot program which was to last until September 30, 1998. As amended by legislation enacted in 1997, 2000, 2003, 2008, and 2009, 3,000 visas are to be set aside for the program.

In order to obtain approval for participation in the program, the rules state that interested regional centers must submit proposals which must: (1) clearly describe how the center focuses on a geographic region of the United States and how it will promote economic growth through increased export sales, improved regional productivity, job creation, and increased domestic capital investment; (2) provide in verifiable detail how jobs will be created indirectly through increased exports; (3) provide a detailed statement regarding the amount and source of capital which has been committed to the regional center, as well as a description of the promotional efforts taken and planned by the sponsors of the regional center; (4) contain a detailed description regarding the manner in which the center will have a positive impact on the regional or national economy in general, as reflected by such factors as increased household earnings, greater demand for business services, utilities, maintenance and repair, and construction both within and without the regional center; and (5) be supported by economically or statistically valid forecasting tools, including, but not limited to, feasibility studies, analyses of foreign and domestic markets for the goods or services to be exported, and/or multiplier tables.