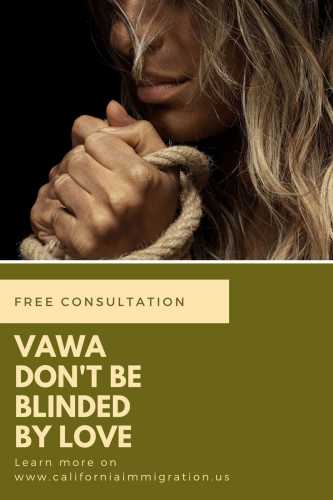 Green card for battered spouse, Child or parent of US citizen

Generally, U.S. citizens (USC) and Lawful Permanent Residents (LPRs) file an immigrant visa petition with the Bureau of Citizenship and Immigration Services (INS) on behalf of a spouse or child, so that these family members may emigrate to or remain in the United States. The Petition for Alien Relative is filed by the USC/LPR, the petitioner, on behalf of the family member who is the beneficiary. The petitioner controls when or if the petition is filed. Unfortunately, some U.S. citizens and LPRs misuse their control of this process to abuse their family members, or by threatening to report them to USCIS . As a result, most battered immigrants are afraid to report the abuse to the police or other authorities. Immigration history protects persons whom are being beaten by their spouses.

Under the Violence Against Women Act (VAWA) passed by Congress in 1994, the spouses and children of United States citizens or lawful permanent residents (LPR) may self-petition to obtain lawful permanent residency. The immigration provisions of VAWA allow certain battered immigrants to file for immigration relief without the abuser’s assistance or knowledge, in order to seek safety and independence from the abuser. Victims of domestic violence should know that help is available to them through the National Domestic Violence Hotline on 1-800-799-7233 or 1-800-787-3224 [TDD] for information about shelters, mental health care, legal advice and other types of assistance, including information about self-petitioning for immigration status.

What is the Legal Foundation?

The Immigration and Nationality Act (INA) is the law that governs immigration in the United States. The Violence Against Women Act (VAWA) provisions relating to immigration are codified in section 204(a) of the INA. Rules published in the Federal Register explain the eligibility requirements and procedures for filing a self-petition under the VAWA provisions. These rules can be found in the Code of Federal Regulations at 8 CFR § 204. The Battered Immigrant Women Protection Act of 2000 (BIWPA) made significant amendments to section 204(a) of the INA.

There are numerous immigration laws that could result in the denial of this visa if not properly prepared.  If the petition is put together correctly and professionally by a qualified immigration law firm, the chances of approval is greatly increased.